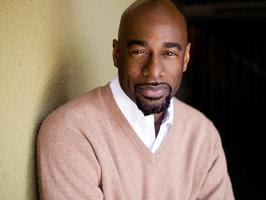 THINKING OUTSIDE THE BOX WITH A SCREENWRITING PRO


Did anybody participate in Michael Elliot's live webcast on Sunday?

It was a great new media experience for aspiring and seasoned writers.  I'll share here with you just some of Elliot's insighst and screenwriting tips.  The webinar had a solid amount of screenwriters connected judging from the instant comments and questions coming at the host throughout the 90 minute session.

There were technical glitches at the start with server problems and members not be able to see video, just audio, and trouble logging on... but it was soon resolved and Elliot remained calm and a good sport about what he couldn't control.  His job was content and he had that under control -- the web conferencing host Dimdim needs to get their act together making access much easier and keeping the conference online throughout the session.

His advice to writers was practical.  It's clear to see that he's laser focused, dedicated and enthusiastic about what he does and how he does it.  He recommends writers think outside the box.  Don't be conventional when marketing your script.  Contact stars, producers, agents, directors, other writers (through the Writer's Guild of America)... reach these types through their assistants and hungry associates... Elliot says never count out a star from a decade or two ago either... they are hungry for a meaty role and comeback... those stars usually have producing partners trolling for hot material from new writers.

Elliot advises writers to watch as many movies as possible for entertainment and education on how stories are structured and executed.  Read screenplays online (preferably the best).  Ready to tackle your screenplay?  GREAT, he said his process is to write out a short treatment of the story, then a beat sheet (outline of key scenes) and bang out a rough draft of the script in 10 days... 10 DAYS??... yes,  pound it out... ten pages a day, no matter what.  It will be a mess, but you'll have something to work with on paper.

He said to find movies similar to your script online and research who produced it, who starred in it and contact them to pitch your new idea.  Short queries too, not describing your entire script in boring detail... but comparing your script to other movies that made money in Hollywood.  Pitches are hell, but talking about previous successful movies and linking them to your script will get you noticed.

He said don't be afraid to offer to write for a star or producer for free to get your foot in the door.  The compensation can be worked out later.  I'd add make sure the person you're writing for has some real credits because everyone is looking for people to do their hard work for free.  Make it worth your effort and time, especially if you're doing it for free.

Elliot has a laid back style and is generous with his time.  The first webcast was a hit with technical bumps and all.  I hope he does more.

Until next time.
Posted by Janet Lawler at 10:56 AM