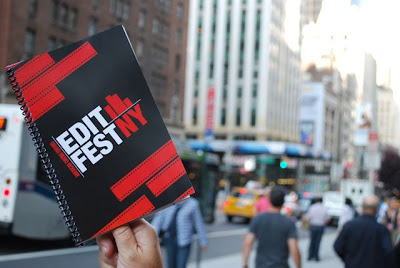 I met one of my professional heroes today -- film editor Thelma Schoonmaker.

She was a guest panelist at EditFest NY this weekend. The seminar took place at the Director's Guild of America in Manhattan.  What is EditFest? It's two days of information, education and networking with some of the best editors in the movie and television industry today.  It's presented by American Cinema Editors (ACE) and Manhattan Edit Workshop. 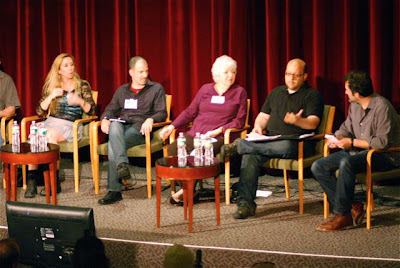 Maybe Thelma Schoonmaker's name doesn't ring a bell, but trust me, you know her work.  She's a three-time Oscar winner.  She edited movies like Raging Bull, The Departed and The Aviator.  She won Oscars for all three.  Schoonmaker also served as Martin Scorsese's editor on Casino, The King of Comedy, The Color of Money, The Last Temptation of Christ, GoodFellas, Cape Fear, The Age of Innocence, Kundun, and most recently, Shutter Island.  She's aces at what she does and she managed to stake her claim in a highly male-dominated field . Her successful collaboration with Scorsese has lasted over thirty-five years.  Together they have created some of the best American films ever put up on the screen. And it all began when they met at NYU as film students and she helped the then unknown director finish his project.  They get along so well that Schoonmaker also edits Scorsese's documentaries such as A Personal Journey with Martin Scorsese Through American Movies.  They're working on one about British cinema next.  Schoonmaker knows a thing or two about documentaries even without Scorsese at her side.  Remember the 1971 documentary Woodstock?  She edited that and received an Oscar nomination. 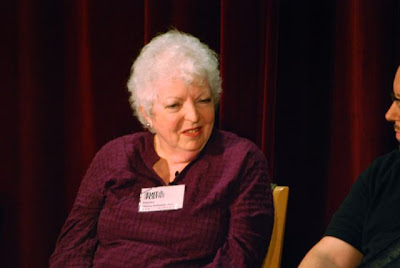 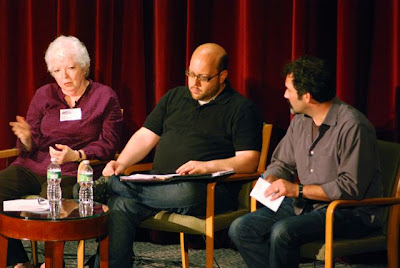 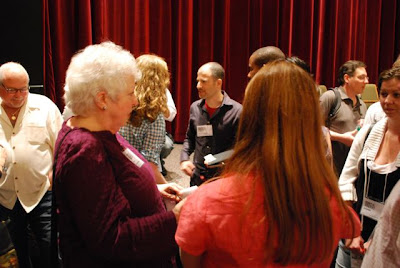 So I was over the moon thrilled to meet her and have the chance to thank her personally for her work.  Many of her movies are on my Top Ten Movie List and probably yours.  After her panel talk, she stuck around to talk with fellow editors, both seasoned and aspiring, posed for pictures, signed autographs and answered personal and professional questions.  She said editors need patience above all else and should always get the job done no matter what.  At 70, she continues to learn new technology... now editing digitally on an Avid rather than with film... and although it took some adjustment to change, she loves the challenge and work.  She cautioned that all the tools in the world won't make up for a movie with a weak story.  It all comes down to basic storytelling in the end.

The editors of Avatar (John Refoua and Stephen Rivkin, minus James Cameron) were also on hand. 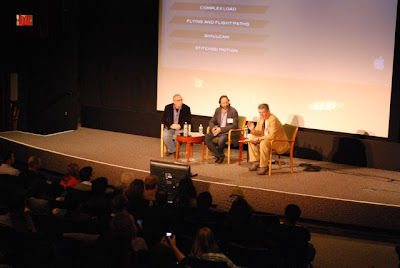 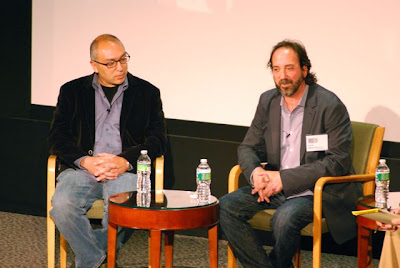 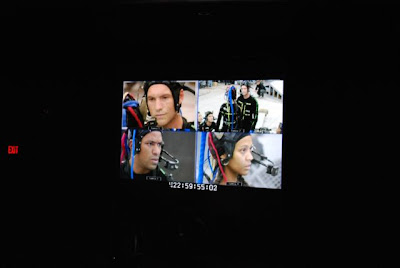 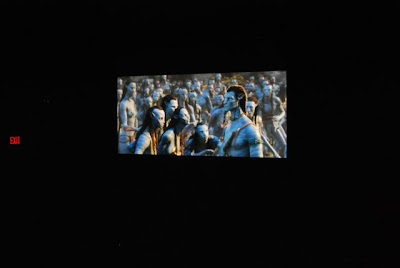 They gave a terrific presentation about 3D film innovation, showing clips about the making of Avatar.  They were good sports when confronted with some audio-visual glitches during their high-tech presentation... like no sound on a clip... trouble using the DVD remote... and Rivkin's microphone repeatedly falling off.) When you see what these guys managed to do with Avatar, editing for over two years, fourteen hour days, seven days a week -- you quickly learn that editing movies is not glamorous and extremely stressful and a grind.  But the payoff can be grand.  Avatar has grossed over $3 billion dollars worldwide... and Avatar II will happen, the editors said.  Schoonmaker added that film editing requires flexibility.  Nothing edited is in stone.

Directors, producers, studios executives, preview audiences all demand constant changes to a film... and like a screenwriter forced to do yet another rewrite on a screenplay... the best editors always find a way to dig deeper and come up with what it takes.

Special thanks to Rubenstein Communications, Inc. and Tessa Kelley for inviting The NY Screenwriting Blog to cover this event.   Photos courtesy of Carolina Correa. 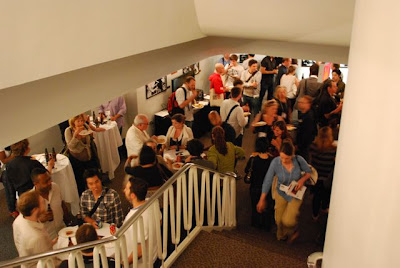 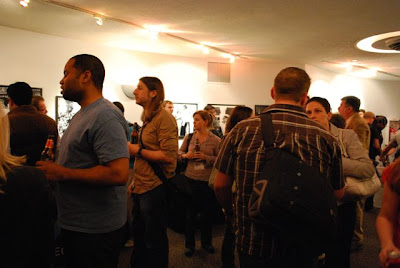 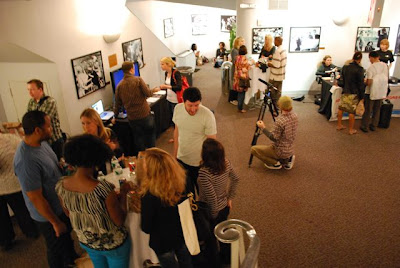 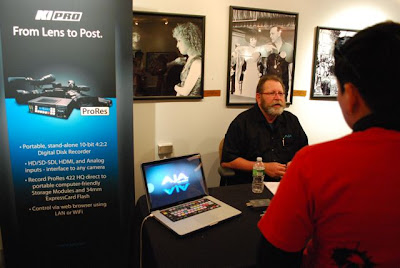 Until next time.  Go enjoy a summer movie.
Posted by Janet Lawler at 10:27 PM