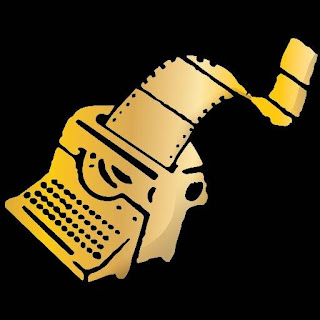 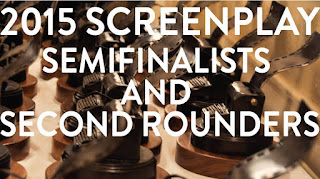 Posted by Janet Lawler at 6:26 PM No comments: 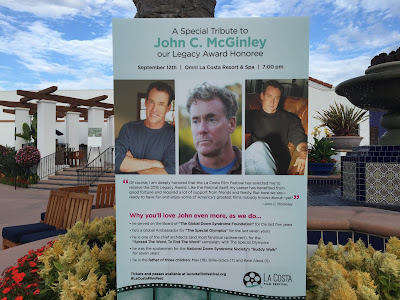 I volunteered at the 2015 La Costa Film Festival in Carlsbad, CA last weekend.

I'm new to California and decided to sign up to help out.  I've volunteered in the past for the Tribeca Film Festival in NY, so I know the drill --  hand out programs, usher, etc. -- and in return get free movie vouchers to see the latest films and hob nob with filmmakers at the festival.

For La Costa, I decided to throw caution to the wind and volunteer to be a driver.  That usually  means running errands, shuttling actors, producers and directors back and forth to screening locations, and to their hotel, etc.

The film festival folks handed me the keys to a beautiful, new BMW.  Sweet.  Ride in style.

My first assignment was to pickup LANCE MACKEY and his dog AMP from the San Diego International airport.  I didn't have a clue who Lance was, but I found out after a Google search.
Lance Mackey is from Alaska, an American dog musher and champion dog sled racer.  He's a four-time champion of the grueling Iditarod race.   That's a 1,000 mile race through the Alaska wilderness!

Lance is the focus of a documentary about his life.  It's called THE GREAT ALONE.  It screened at the LCFF.  Check out the trailer here.  http://www.imdb.com/video/wab/vi3092426777/
We had a great half hour chat on the drive.  Lance is a cool guy with a passion for his 70 dogs.  That's right, 70 dogs!   Since I only have one dog, I had to ask how he feeds and cares for 70 dogs.  He feeds them kibble, and protein and fat since they're highly active race dogs.  They eat fish, beef, lamb, chicken and get plenty of exercise on his massive Alaska property.  He has some assistants to help care for the dogs.  Lance also runs a kennel and gives dog sled tours these days.  He's a unique guy.  We talked about his illness (he's a cancer survivor), his comeback to racing, how intense racing is and punishing on his body, and his mental focus in winning races.  His dog Amp was behind us in a crate.  He's nicknamed "Mr. Hollywood" since he tours with Lance and gets loads of attention from the ladies.

Another assignment was to take actor SEAN MODICA to the airport.  Sean is currently starring in the new movie ALL IN TIME.  It's about a guy who quits his job to help a band find success.  Sean is a charismatic New Yorker and we had much in common.  I'm a native New Yorker and it turns out we went to college in the same area (the Hudson Valley in upstate New York).   We shared a similar background in that I grew up in NYC and Sean grew up nearby in Westchester.  We're both Catholic -- he's Italian and I'm Irish -- but our New York backgrounds gave us plenty to laugh about and discuss from gay rights, to Pope Francis' upcoming visit and breaking into Hollywood as a writer/actor. 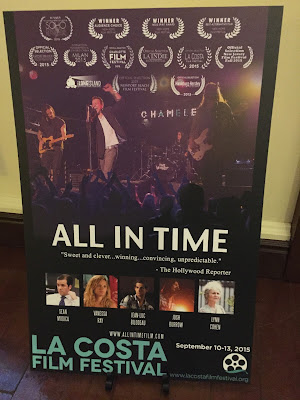 Sean is a writer/producer.  He's pitching a show in L.A.   It was a pleasure meeting him. I hope his starring role in ALL IN TIME brings him great success!  Here is the trailer for his movie.   http://www.allintimefilm.com/

So, if a film festival is in your town, don't hesitate to volunteer.  It's worth your time and you never know who you might meet along the way.  Plus, you get a free T-shirt and snacks and movies.  What more could you ask for?

Congratulations to all the wonderful volunteers at the 2015 La Costa Film Festival .  Also to Co-Founders Michael and Ruby Callihan, Kirsten Reece running Box Office,  Suzanne Wright Program Coordinator, Transportation Chief Amy Savoy, and a special shout out to Volunteer Director Rachel Chapman for organizing 180 volunteers!  No easy task.  Here is the link if you'd like to volunteer:  volunteer2014@lacostafilmfestval.org

The filmmakers I met said this was one of the best organized film festivals they've attended.
Way to go, LCFF Team!

See you next year! 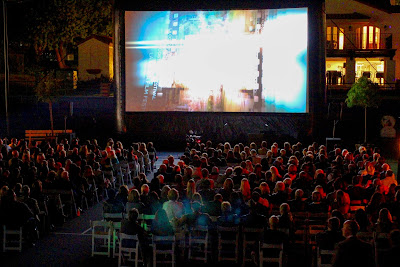 It's hot off the presses, so be sure to see what new films are coming soon!   http://lacostafilmfestival.org/wp-content/uploads/2015/08/LCFF_2015_Catalog.pdf

Get ALL the information you'll need to attend red carpet events, panel discussions with top film and media industry pros and, of course, the new films.  There are over 45 films this year.  Plenty to choose from including shorts, documentaries and sports films.  Here is the official website to buy your tickets: http://lacostafilmfestival.org/

I'll be volunteering and look forward to meeting many of you at the events.  Volunteering at film festivals is a super way to give back to your local film community and to meet wonderful, inspiring people in the media industry.

In the past, I have volunteered at the Tribeca Film Festival in NYC, which was a blast.

The La Costa FF promises to be just as exciting!

Follow The NY Screenwriting Life Blog on Facebook.
Janet Lawler's debut novel From the Ground Up is available at Amazon.com. http://www.amazon.com/dp/B00F3CYSU8


Posted by Janet Lawler at 1:50 PM No comments: