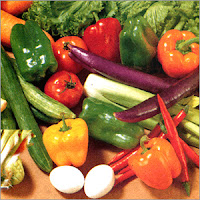 Tickets are $15.00 through Brown Paper Tickets 1-800-838-3006
Or order online here  http://www.brownpapertickets.com/event/132977
Tickets are also available $20 at door.
Purchase raffle tickets for a chance to win one of the 3 prizes.   1) 1st Prize - Pocket HD Camcorder 2) 7.1 Mega-Pixel Digital Camera 3) Mini Digital Camcorder/Camera
Donations: $5.00 ea. (To purchase online with show, enter 'raffle' in the discount field)
Drawing on November 6, 2010 @ Joria Productions, 260 W. 36th St., NYC   Winners need not to be present. Winning Ticket numbers will be posted on this website.
Posted by Janet Lawler at 10:56 AM No comments:

What's that famous Andy Warhol quote?  "Soon everyone in the world will be world-famous for 15 minutes?"  Well, here's your chance.

Are you underrepresented in Hollywood?  Do the movies you see truly speak to you or do they seem like people in the film industry are from another planet?  Well, don't gripe about it -- do something.  Write.  Raise your voice and put it down on paper.  Now.  It could change your life.

The Next 15 Minutes is open to writers from groups not usually represented in Hollywood with respect to race/ethnicity, gender, sexual orientation/identity or physical disability.
All genres are welcome.

Here's the deal -- submit your best 15 pages from your original script.  The winners will be chosen for a live staged reading on April 16, 2011.  Winners will cast, rehearse and direct the dramatic reading of their work (with guidance from the pros).  This competition is being sponsored by Final Draft.  Four winners will receive a copy of Final Draft software.

This competition is presented by ActNow Foundation.  Celia C. Peters is the series creator and producer.  Kudos to her for getting the word out to us.

How much does it cost to enter your 15 page masterpiece?  Only $10.  Not a bad deal for this stuck economy and hungry writers.  Start writing fast, people.  No excuses.  The submission deadline is NOVEMBER 30, 2010.  For more info and to submit go to:  www.actnowproduction.org/submissions

Go for it and Good Luck!  Pass the word.

Until next time,
Janet
Posted by Janet Lawler at 8:39 AM No comments: