I haven't had tons on coverage done on my work, but I've had my fair share.  Most of what I received back was helpful.  It's important to find objective sources to review your work.  If you ask your best friend to read your script, or worse, your spouse, it may be hard for them to be honest with you without hurting your feelings.  We writers can get a tad defensive when it comes to our creations and rightly so, but still, we need to hear what may not be working in our script, play or novel.  Maybe it's the structure, the characters or the conflict... maybe it's the dialogue.  We need to know the truth to move forward with getting the script produced.

I've received some excellent summaries of my scripts.  Sometimes I'll get notes back and compare them from various readers (producer, agent, reader).  If all the readers are focusing on the same theme, then I know what I need to fix.  Recently I received feedback on one particular script.  It got great marks, but all the readers said they wanted the bad guy to be meaner -- like off the charts bad.  So obviously I have to revisit my script and ramp up the villain more.  I thought he was already horrible as the killer, but the readers wanted him to be even more evil (think Hannibal Lecter).  Give your audience what they want with a fresh twist.

So I recommend getting coverage on your work, but be selective in whom you choose to do it.  There are a gazillion script services in NY and LA to help you out.  Don't pay through the nose for this though.  In these down economic times, hunt for a decent rate.  Read the completed coverage at least five times when you do get it and then begin making notes to revise your script if it needs another polish or, heavens forbid, a complete rewrite.

By the way, I've never put out a shingle for script coverage for writers on this blog, but I received a lot of requests to do so in '09.  So if you want my humble opinion about a script you've written, I will give you coverage/notes on it so for a reasonable rate to cover my time.  I will try not to hurt your feelings, but I will be honest.  I will help you improve your draft before you submit it to professional agents and producers who won't care at all about your feelings.

Happy New Year, Everyone!
Posted by Janet Lawler at 10:08 AM 2 comments:


Wishing you all a wonderful, healthy, happy and productive 2010.  Hard to believe it's a whole new decade.  We get a clean slate.  Let's start fresh and work diligently toward our dreams and goals.

I'm reading this incredible book titled Man's Search for Meaning by Viktor E. Frankl.  It's a new book for me, but it's been around for decades.  Mr. Frankl survived Auschwitz as a prisoner; he describes life inside the Nazi death camps in the 1940s.

Now you may think that's awfully depressing reading for the New Year, but just the contrary.  It's inspirational, awe-inspiring and offers true lessons for survival emotionally and physically.  The author says never to give up hope, no matter how dire your circumstances.  Don't dwell on what you expected from life, but what life expects from you.  You may have some special gift to share yet with the world.  We don't know what hope or miracle is around the corner.  Sacrifice, rejection and suffering are part of life, Mr. Frankl notes, but that if we embrace those obstacles we discover true meaning for our lives.  No experience, good or bad, will be wasted.  He writes from experience.  I'm only half-way through this book and I can hardly put it down.  I see why people call this book "life changing". 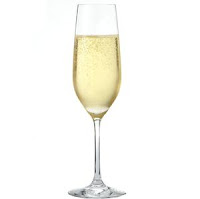 Wishing you all a very peaceful and joyous New Year.

Until next time.
Posted by Janet Lawler at 6:51 PM 3 comments: