Why Do We Love Movies About Writers?
by Janet Lawler

There are certain professions that movie audiences seem fascinated by. We are obsessed with detectives, doctors and medical examiners. We love to see how they do their jobs, interact with colleagues and overcome obstacles.

The new movie The Help is about an aspiring writer. Emma Stone plays Skeeter who is trying to get her big break (submitting articles to New York) while writing for her local weekly newspaper. I liked this movie a lot -- for its genuine heart and focus on Civil Rights in the 60s -- and it didn't hurt that the lead character is a writer.


As anyone who has labored over an article, poem, play, novel or screenplays knows... writing is darn hard work. It takes commitment, discipline and a thick shell to withstand rejection. It also takes courage to tell a story and especially to tell the truth.

Think of the many movies we've loved at the box-office that focus on writers: All the President's Men, Wonder Boys, Hannah and Her Sisters, Finding Forrester, The Hours, Adaptation, Leaving Las Vegas and recently Midnight in Paris.

Remember Sophie's Choice? It was one of the most horrifying, powerful films I ever watched. Sophie's pain of surviving a Nazi concentration camp is told to her new downstairs neighbor -- Stingo, a writer -- played by Peter MacNicol.

How about The Great Gatsby (1974)? We witness Jay Gatsby's lavish and tragic life through his new friend -- writer Nick Carraway -- played by Sam Waterson.

Or Little Women (1994) starring Winona Ryder? She played "Jo", a writer who tells the story of life with her three sisters in a small town.

One of my favorite movies The Way We Were (1973) starring Robert Redford and Barbra Streisand is remembered as a love story. Hubbel Gardiner (Redford) and Katie Morosky (Streisand) start out the movie as aspiring authors in college. Scenes show Streisand laboring over her short story to submit in writing class -- a montage of her at the library, rewriting while working at the malt shop, and racing to class in hopes of her story being read aloud in class. Instead, her professor chooses Hubbell's story (Redford's) and shatters Katie's dream of being a writer.

For me, The Way We Were is as much about Redford selling out as a screenwriter in Hollywood as about McCarthyism and a failed romance. There is a great scene where Katie gives Hubbel a typewriter for Rosh Hashanah. It's her way of pushing him to write. I love that scene -- but of course, everyone only remembers the ending of the movie with the couple outside the Plaza Hotel.

Another movie which I can watch over and over again is Sunset Boulevard (1950). William Holden plays a down and out Hollywood screenwriter who has bill collectors on his tail. He sells his soul to the devil -- or in this case, to Norma Desmond -- and pays with his life. As the movie opens, he's found dead in a Hollywood swimming pool. This is where Joe Gillis' story begins and ends -- a washed up screenwriter shot in the back for choosing to love a woman for the wrong reasons. It's a classic movie with classic lines and it's all about writing. http://www.youtube.com/watch?v=dDSRhwSA6f4

Writers may not be as exciting to watch in movies as cops and coroners -- but they sure give us something to talk about when the lights go down or when we open that new book. They give us our voices. 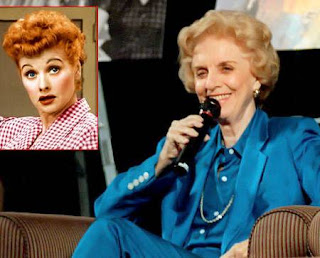 Until next time.
Posted by Janet Lawler at 1:08 PM 1 comment: