I love this new cover for The New Yorker magazine.  The writer's life.  Says it all. 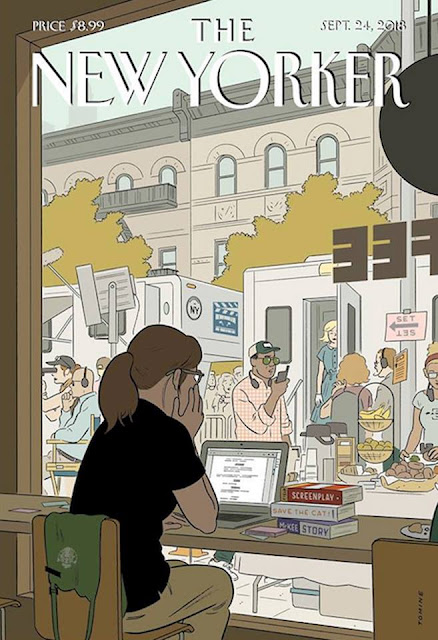 Keep writing & creating out there, even with all the madness in the world.  Find your quiet corner and get the work done.

I received some good news this summer.

My drama spec feature ABSOLUTION made it into the Second Round at the Austin Film Festival 2018 Screenwriting Competition.  Congratulations to all those who advanced to the Second Round, as well as the Semifinalists!  AFF is one of the great festivals (and competitions) dedicated to screenwriters out there. The festival begins October 25th in Austin, Texas.    https://austinfilmfestival.com/

Congratulations to actor Henry Winkler on winning the Emmy Award for Outstanding Supporting Actor in a Comedy Series for his performance as the acting coach on HBO's "Barry".   Well-deserved.  One of the nice guys in Hollywood finishes first.


Summer officially ends tomorrow on the calendar.  I would be remiss if I didn't mention the passing of the prolific playwright and screenwriter Neil Simon last month.  Mr. Simon is the reason I wanted to become a writer -- I devoured his plays while in high school and watched all his movies on TV.  Seeing "Barefoot in the Park" and "The Odd Couple" changed my life. Neil Simon showed me New York (my hometown) on the big screen. I loved his urban wit (his characters sounded a lot like my family members) and there is nothing like New York timing when telling a one-liner.  I also liked the way Neil Simon described the writing life, it sounded pretty nice -- (I'm paraphrasing here) you get to work alone, on your own terms and play tennis in the middle of the day.  Wow. Sounded good to me.

The first play I ever wrote, NetFits, was an homage to Mr. Simon's "Barefoot in the Park".  I love every line in that play (his, that is).  Thank you, Mr. Simon, for all the wonderful works you wrote and shared with us. Thanks for the laughs, sir.

Posted by Janet Lawler at 12:51 PM No comments:

FROM POP SONGS TO A BROADWAY MUSICAL
Los Angeles, CA
Janet J. Lawler
July 24, 2018
As a member of the Dramatists Guild, I received an invite to attend "In It Together: An Evening with the Music Team Behind The Color Purple” at the Garry Marshall Theatre in Burbank, CA.

Having no desire to write a musical, or even a song, I almost didn't go.  Wow, I'm so glad I did attend.  What a wonderful evening about music and the creative process.  And, I found it of great professional interest -- since writing a song is a lot like writing a screenplay.  It requires character(s), tone, pacing, an arc, and hooking your audience. 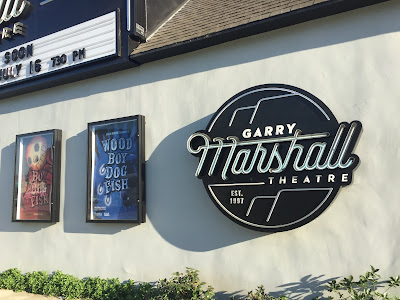 It turned out to be a lively panel with The Color Purple songwriters/composers.  They covered team collaboration, creating in new mediums, embracing technology, and how writing of any kind (novels, scripts, plays, songs, musicals) is all about... REWRITING.

Allee Willis, a Songwriters Hall of Fame inductee, wrote hit songs like September, Neutron Dance, Stir It Up and the TV theme song "I'll Be There for You" for Friends.  (Cool songs and lady!)

Producer/drummer/songwriter Stephen Bray wrote songs for Madonna including "Into the Groove" and "Express Yourself".  Stephen knew Madonna from Michigan before her mega success.


Singer-songwriter and keyboardist Brenda Russell also has hits, including "Piano in the Dark" and "So Good, So Right".

The three composers (none had written a musical before, never mind a Broadway musical!) joined forces on The Color Purple, checked their egos at the door and labored on the show for over five years.

They said often after having created a song they agreed was perfect, the director or producers would ask them to rewrite it, or even worse, completely "throw it out".  Their tenacity paid off as each co-wrote the Tony and Grammy-winning Broadway musical, The Color Purple. 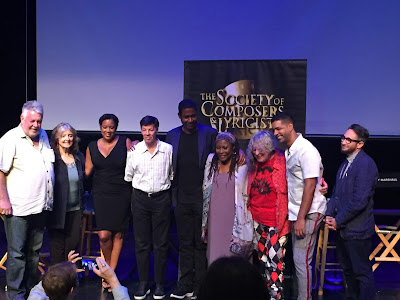 As a screenwriter/playwright, I found this question to the panel "How is writing a theatrical song different than a pop song?" of particular interest.

Each songwriter agreed that writing a song for the stage requires a story -- an arc -- just like in a screenplay -- the character should change or evolve -- where as in a pop song, it's more about the melody, chorus and hook.

Special shout out to music director Jason Michael Webb for also taking part in the evening and to the Society of Composers and Lyricists (SCL) SongArts LA for sponsoring the event, in association with The Dramatists Guild. The evening was moderated by Michael A. Kerker, director of musical theatre for ASCAP.

Hmm... I might just have to go off now and write a song. 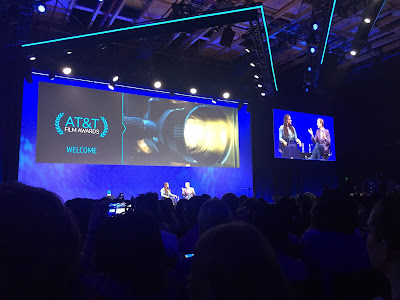 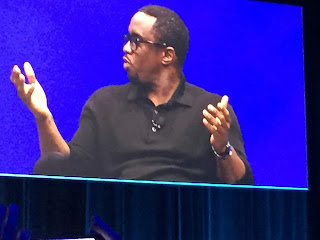 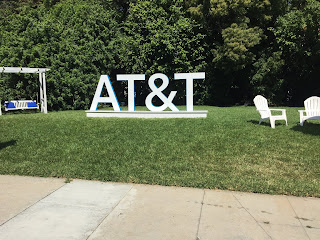 The multi-talented writer/producer had numerous hit network TV shows on the air in the 70s and 80s and was changing viewer's expectations about how we watched traditional television dramas.  His shows often presented profanity, some nudity and oddball characters who had deep flaws.

You couldn't watch the Emmys back then without knowing Bochco would walk away with a slew of them -- which he often did for his shows like Hill Street Blues and NYPD Blue.

Bochco changed the face of TV and impacted today's dramas (giving glory to realism and the anti-hero). 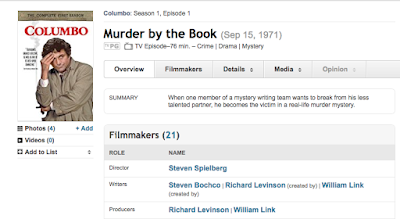 Days before hearing Bochco passed away, I caught an old Columbo episode on one of those nostalgic TV channels.  The episode by chance was "Murder By the Book" and starred the actor Jack Cassidy (that's right, David's father).  It was only the second episode of the detective series (1971).  Great episode of cat and mouse between Cassidy and Peter Falk as Lt. Columbo... it wasn't until the credits rolled that I realized Steven Spielberg had directed it and Steven Bochco wrote it.  It was Spielberg and Bochco's early days at Universal.  Talk about nostalgia! 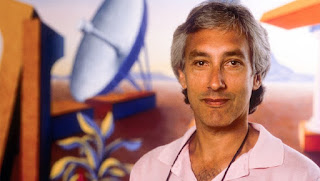 RIP, Mr. Bochco.  You inspired me to be a better writer and to take risks on the page.  And more importantly, I hear you were a very kind man to work with and to know.  We salute you.


Posted by Janet Lawler at 1:08 PM No comments: