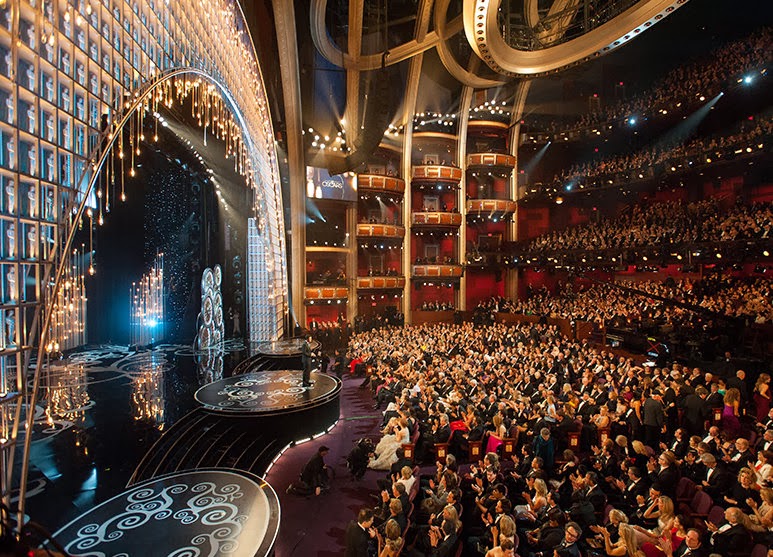 Are you ready to watch The Oscars on Sunday night on ABC?  Are you staying home in your jammies to watch the show?  Going to a glamorous party?

Most people I know stay home.  The Academy Awards should be fun with Ellen DeGeneres hosting this year.  She's witty and classy -- Ellen won't make anyone squirm on the most anxious night in Hollywood.  She plans to go into the audience and have fun with the stars... and that will be exciting.  That's why we watch... to see the celebs up close on the industry's biggest night.

Ellen will Tweet during the show to make it more a social media event around the world.  So watch with your tablet on your lap.  https://twitter.com/TheRealEllenD

It's a hard night... filled with anticipation... and expectations... and hopes and dreams at the start of the show when everyone looks glam and hopeful.  The red carpet is all about potential winners.  And as the show slowly ticks by, half the room soon fills with losers and a disappointed energy... until the big final awards.  I'm always a little sad when the show wraps.  It's like seeing Times Square hours after the ball falls on New Year's Eve.  When the parties are over.  Did the night live up to the hype?

I'm rooting for Matthew McConaughey for Best Actor.  Kate Blanchett for Best Actress (with Amy Adams a close second).  Best Picture?  I've only seen 6 out of 10... I'll pick Gravity.  It was a cinematic experience.

No matter where you plan to watch, have fun!  Join that office Oscar pool, order in your favorite food, or buy snacks... and for one night... dream big.  It's a night about glamor, possibilities and dreams coming true.  After the show, you can give your Oscar speech in your bathroom mirror... don't forget to thank your mother.

Here is the list of nominees for the 86th Academy Awards on ABC:   http://oscar.go.com/nominees

Want to know who is showing up at The Oscars?  Here is the official list of presenters: