A CHAT WITH MOVIE CRITIC ALISON BAILES
By Janet Lawler 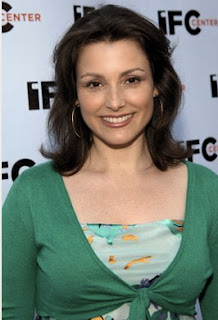 Hi Alison, thanks for joining us at The NY Screenwriting Life.  In a nutshell, can you tell us what you've been up to lately?

I write for More Magazine.....two very short film reviews a month....I am a contributing critic on Roger Ebert's new show "Ebert presents at the movies on PBS where my first piece just aired www.ebertpresents.comand I'm soon to start work reviewing for a new website/content provider called Buzz60.  In addition, I just launched my own website www.alisonbailes.com
where I blog and review as much as I can find the time for!
How many movies do you generally see a week?

Not as many as I should!!  I'm constantly feeling that I should see more.....so many new releases as well as catching up on all the stuff I've missed. But I have young kids so I try not to be out every night. Probably about 6 a week?  Although Monday I saw 4 and yesterday 3. So this week it will be 9 or 10.

Is your process as a movie critic more cerebral or visceral?  For instance, do you take notes when first watching a movie you're about to review?  Do you see it more than once before reviewing it?
I do take notes as I find I like to be reminded of dialogue or plot points that strike me as interesting when I later write. I always swear that I will turn the review around the next day....but I don't, cos I'm a procrastinator, so I'm often writing a review weeks after seeing the film. The notes come in handy, if I can read them!  The lasting memory of a film tends to be visceral. I very rarely have time to see a film more than once unfortunately.

How important is story in reviewing a movie?  Is that the first element you notice missing or evident more than the directing, acting, etc?

Bad acting is the first thing that ruins a film.  I can't get beyond it. Directing has to be pretty amateurish to ruin a good film if there's a good story compellingly told. I am a stickler for story. It has to be believable for me.....suspending disbelief is OK in very small doses. Sometimes when I find a plot hole then that casts a pall over the memory.  There is something in "Hanna" that I couldn't quite accept, so in my mind the film is tainted, even though it's a great action thriller with amazing performances and a killer soundtrack!!

What advice would you give to aspiring screenwriters who will be writing movies for the next generation of moviegoers?
Write what you know and KISS (Keep it simple, stupid).  Invaluable advice. Even Christopher Nolan who twisted our minds with "Inception" started with "Following"....a more or less simple story.

What summer flick are you most looking forward to seeing soon?

Yikes!! what is there again? I don't care about Transformers or Xmen sequels. I'm pretty much over anything with superheroes at this point. I'm equally unexcited about the Pirates repeat. However I loved the last Harry Potter, so I'm looking forward to how they wrap it all up (didn't read the books, so I don't know!).  I'm really looking forward to Steve Coogan in "The Trip", Terrence Malick's new film, and yes, "The Hangover 2".  I've seen a few of the smaller films coming soon and some good ones are "Pom presents: the greatest film ever sold" from Morgan Spurlock and "A better life" from Chris Weitz.  And because I read the book and liked it.....am interested in seeing what they did with "The Help".

Do you prefer watching a movie in a theater with an audience or at home on Pay-Per-View, Netflix or on DVD?

I rarely watch with a "real" audience.  Mostly it's with a bunch of other critics who tend to be respectful and quiet. I have been spoiled. When I do go to the movies I am appalled at the noise, smells and rudeness of fellow movie goers.  I love to be on my sofa, but it's not as conducive to paying attention 100% so I do try and make it to the screenings.  On Demand is great if you miss the press screenings.

And finally, Alison, do you ever text during a movie? ;)

WHO would answer yes to this question?  I would never text. I don't even look at my phone. But funnily enough, my babysitter had an emergency on Monday and  called me right before a film. I did then check my phone to make sure things were OK.  I felt TERRIBLE about it....and did it under my seat with my hand over the screenlight.  There were only two other people in the screening room but that's no excuse. People who let their phones light up, or tap away at them shouldn't be in the movie. If you can't give the film your attention, then you shouldn't bother to watch it in the first place. No one can multi-task that well.  Everyone can have the occasional emergency. But people who email thru the whole film should know better.


Thanks, Alison, for taking time out to participate with The NY Screenwriting Life.
Check out Alison Bailes on Twitter at http://twitter.com/ALISONBAILES
and don't text at the movies!
Until next time.

Fabulous interview, Alison and Janet! As a MORE magazine subscriber I'm familiar with and enjoy Alison's reviews. Because I don't get to the movies nearly as much as I'd like, I really do count on those critiques to weed out the not so great films right from the start. Really enjoyed having this look "inside the process." Wonderful!